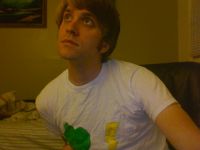 Find Other Singles In
Oregon! 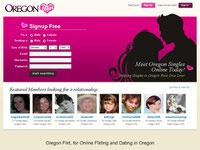 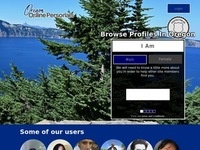 LAZOR BEAMS I like music quite a lot, I play guitar and a few other instruments but right now its mostly guitar. Other than that I enjoy being a science nerd or just plain nerdy. I listen to a podcast called "the skeptics guide to the universe". If that doesn't sound familiar thats okay. But aside from music I am pretty into science and just plain keeping up with the goings on in the world. I also try to read a lot. Right now I'm just trying to live through the s---ty economy. So far I've done okay but not super awesome with finding work and staying employed but I hope to get back into school and get a Masters within the next couple of years (or so). I like to feel productive but I can definantly get lazy - I can usually get myself out of an unproductive period but its always nice to have someone there motivating me. So we've all got those quick little labels we use to identify ourselves, whether we like it or not. Here are mine; I'm an atheist, a "scientist", a nerd, a musician, I like to run and I like to ride my bike and I like being outside and learning (I'm pretty curious). I try to be open minded and easy going despite myself - It took a friend of mine nearly two years before he knew about my being vegan, I'm not that loud about it - so if your not vegan please don't let that freak you out. I'm also pretty adamant about not having kids-just throwing it out there. Here's a list of (current) favorites: TV = Futurama, NOVA, Arrested Development, the Office and The Simpsons Bands = Beach House, Sleater-Kinney, Sonic Youth, Lucinda Williams, Wilco, Les Savy Fav, Fugazi, Black Eyes, Cat Power, Blonde Redhead, PJ Harvey, radiohead Books = Journey to the end of the Night, Neuromancer, The Stranger, Raise high the roof beam carpenters (anything by J.D. Salinger), The world according to garp. Movies = Dead Man, The outlaw josie whales, high plains drifter, broken flowers, UP, Wall-E. Wes Anderson stuff, the squid and the whale (great title), spinal tap

No preferences defined yet!

FIND Other Singles In
Oregon